The cashew nut, the third widely consumed edible tree nut, often thought to be a seed is actually a single seeded fruit of a tropical evergreen tree (Anacardium occidentale), belonging to the family of Anacardiaceae. This fruit develops over or dangles from a sweet tasting false fruit, which is of red or yellow colour depending on the variety and is used in the preparation of jams and jellies and for table purpose in some of the Latin American countries and in West Indies. In many parts of India, only the edible nut is used and the false fruit is often not effectively used.

Cashew is the world’s favorite nut and among the cashew producing countries, India, Brazil and Vietnam are the major processors.

India is the third largest consumer of cashew nuts in the world & India stands first in Cashew Nut Processing. India processes around 1.59 million tons of cashew nuts every year though it produces only around half of the quantity that it processes. Due to the large processing capacities in India & Vietnam, both the countries imports huge volumes of raw cashew nuts. Vietnam processes around 0.90 million tons of cashews nuts every year and while Brazil processes around 0.30 million tons. India has emerged as a largest market for cashew where the demand of cashew for consumption has been steadily increasing over the years. On an average 150 to 160 thousand Metric Tonnes of Cashew Kernels produced in India get absorbed in Indian markets itself. 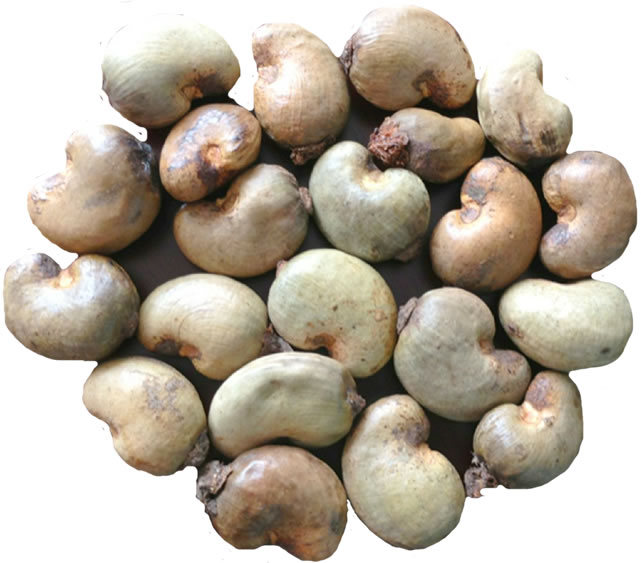